What is a "computer generation"? Generation "2" and the following“If the aviation industry had developed as rapidly as the computing industry in the past 25 years, now a Boeing 767 would cost $ 500 and fly around the globe…

Should I use a standard video editor? Windows movie maker 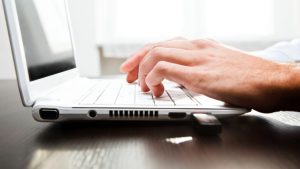 When a large amount of diverse video material is accumulated on the computer of an ordinary user, a definite desire arises (especially given the existence of the Internet and many social networks in it) to share it with as many people as possible.

Home video material such as filming holidays, hiking and other events is calmly laid out on the same YouTube video hosting, some more special shootings can be used to create a variety of video reviews, video blogs and similar Internet hobbies. In any case, the video material that should be posted on the Web often needs some work – if not color correction, then at least cropping unsuccessful fragments. Special programs for such work are video editors (video editors).

According to one of the definitions, a video editor is a program with a basic set of tools that allows the user to edit video files on a computer, and it is especially specified that video editors differ in the number of functions and components of the program. It is worth considering that there are a lot of video editing programs – having broken through the necessary request in the Internet search engine, you can safely find a huge number of links to free versions of programs. But here the obvious question arises: is it worth surfing the Internet when the necessary video editor is literally “at hand”? Of course, this is the standard Windows Movie Maker program. It is unfortunate that many people are currently neglecting it. Users who have certain experience working with a computer often wrinkle their nose, thereby expressing the thought “we are experienced users, we will use semi-professional programs.” Beginners, on the other hand, trust the Internet and download some other programs that they advised on one of the forums. That is, we can say that, to some extent, the Movie Maker video editor is not in demand (while being very famous). What kind of beast is this, Movie Maker? As mentioned above, this is a basic video editor with few features: video cropping, overlaying titles, overlaying sound and effects, encoding the resulting video. The program interface is fairly standard: at least from the entire interface you can display the workspace and the storyboard scale. The work is carried out in a logical sequence: creating a project – adding multimedia (audio / video / photo) to the work area – editing, applying effects and titles – saving the project.

On the Internet, working with Movie Maker involves a huge number of self-help articles telling both about all the functions of this program and about working with it. Often there is a list of the positive qualities of this program (like ease of use), but almost nothing is said about the shortcomings, but they exist! The main disadvantage, of course, is that in Movie Maker it’s quite difficult to work with large projects that go beyond “for home use” – like most Microsoft products, the video editor is often very buggy and crashes, so you have to save the project quite often and be prepared for the fact that long work could be done in vain. The second drawback is that users allocate a long time to save the final version of the resulting video, it can take a very, very long time, during which the user can drink tea a dozen times and generally doubt that the program is working properly. To summarize, you need to answer the question, is it worth using the reviewed video editor? It can be recommended to beginners for study and to those who perform the simplest operations. Those who are configured for more serious work should aim at higher-level video editors.

To summarize, you need to answer the question, is it worth using the reviewed video editor? It can be recommended to beginners for study and to those who perform the simplest operations. Those who are configured for more serious work should aim at higher-level video editors.