Computer graphics. What is it? 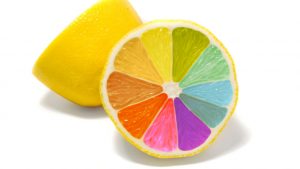 Speaking in a dry scientific language, computer graphics (for brevity we will call it CG, in the colloquial terms of users – CJ) refers to the field of computer science, which studies methods and means of creating and processing images using hardware and software systems.

This is read by a person who is far from such high matters, understands little, is frightened and involuntarily makes himself negative about her. But there is nothing to be afraid of. CG for us now is the second environment after the environment of nature, which many have ceased to see, sitting in the city walls and facing the monitor. If translated into a very simple language, then CG are those images that we see on this very monitor or screen and which are easy to copy, for example, onto paper, which has still remained one of the external storage media.

In addition, CG – these are the methods by which a computer converts data into graphical (visible) representations and vice versa – converts images into numbers. You can find out about these methods and technological subtleties on Wikipedia or in specialized literature, but it’s much easier to understand the essence of the phenomenon if we recall the practical application of CG. And not so much in the design of instruments, machines and equipment, but in those areas that make our life more beautiful and enjoyable. Indeed, in the last half century there has been a real revolution, bloodless, inconspicuous and outwardly completely changing our civilization. And her reforms are still ongoing. The first experimental image appeared on the monitor a very long time ago, almost 60 years ago, and now the virtual and real world can no longer be imagined without computer graphics. Turning on the computer and accessing the Internet, we immediately encounter our own graphical interface (the desktop is our beautiful courtyard; Windows, for example, is our eye-pleasing and comfortable apartment; our favorite browser is our well-equipped vehicle). These are already familiar and standard computer graphics products. And although the term “computer graphics” itself is widely heard, for most people this is a kind of abstract concept, and if they still somehow connect it with virtual space, then where it exists in the real world is unknown to most. In fact, CG has long been organizing the entire visual range of modern man. Because wherever we look, everywhere she is. Fabrics, clothes, shoes are modeled using CG. Household items, household appliances – too. Architects can not do without it, otherwise they will be doing projects for years. All printed products have long been created using computer graphics. Any visible ad is a CG product. 3D films, animation, interiors, landscapes, mass scenes, many characters in movies are inconceivable without CG. The entire field of photography has become the realm of computer graphics.

In these qualities, it is difficult to define computer graphics. What is she like? Apparently, a multi-purpose tool in the hands of various specialists, a weapon of the digital revolution. But she has one more interesting side, which rightfully can be called art. This is drawing with a number. In English, it is referred to as Digital Art. In Russian it is called simply – “computer graphics.” But the meaning of this phrase is direct – graphics, a form of fine art. Only this graphic is born in a different way and at the same time it is often similar to traditional painting. This is a relatively new direction, rapidly developing and also not quite clear to most people who do not yet consider it an art. Depending on how artistic CG-images are created, computer graphics, as a form of art, are divided into three areas – raster, vector and fractal graphics. And inside these 2D directions, there are several more types of image creation already using execution techniques. The younger direction of computer graphics is 3D modeling, which used to be used only in science and technology, and now it is being used with might and main in movies, advertising, website building, and, of course, in games. Respect computer graphics. She is an integral part of our life. Without it, the world is already inconceivable.