From Windows to Linux? 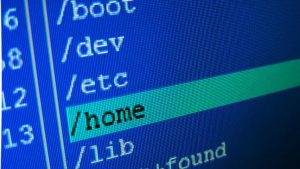 These operating systems were far from always satisfactory. Firstly – paid and not cheap. Secondly, applications are also mostly paid. The third point is unstable operation, crashes, glitches and, in connection with this, loss of information. Windows is susceptible to viruses. It is necessary to equip the computer with anti-virus applications. At the same time, there is another operating system – Linux, which practically does not have these shortcomings. And most importantly – it’s free. Yes, and almost all software is also free. At the initial stage of development, Linux was difficult for the average user, since they worked in command mode. There is still an opinion that Linux is a system for programmers. But today this is no longer the case. Almost every user can install and work with Linux.

So I finally got this desire. Somewhere in 2008-2009, I began to master this operating system. And immediately I came across the fact that the choice is huge – Ubuntu, Debian, Red Hat, Fedora, Linux Mint. Russian developers are also not far behind – Rosinka, Blue Bird, Simply Linux, Rosa Linux, etc. Moreover, the bulk of Linux versions and directions are adapted to Russia, all in Russian. The first stage of my transition to Linux was quite lengthy, since I had to decide which option to choose for myself completely. And here at work they threw up the task of equipping new Linux jobs. Management considered and decided that spending money on licensing Windows is an unjustified luxury. I had to get into the study of Linux with my head, and I immediately mastered both server and user versions. Of course, not everything worked out right away; I had to study on the fly, in the process of work. But it was worth doing! The first server running Ubuntu was launched at work, new jobs were equipped with the same Ubunta, and staff was trained. Well, and when almost weekly server crashes and freezes on Windows stopped, a lot of free time suddenly appeared at work, and the management supported it financially in the form of a bonus. This is where the enthusiasm woke up in the study, implementation and parallel development of the Linux OS. At this point, having tried a lot of versions and directions of Linux at home, I made a choice for myself – Linux Mint. And in March 2009, he finally installed Mint Rosinka 9 at home as the main Linux OS. It took another six months to master, select the software and configure the system for oneself. But do not be alarmed – I was a complete zero in Linux: I studied, mastered, installed and worked right away. In the company where I worked, they would not have waited until I mastered everything, it was necessary to work practically “from the wheels”. And yet – the Linux interface today is similar to Windows, as organized as possible for a simple user. Of course, there are also drawbacks – there are no analogues of some Windows applications in Linux yet, for some purposes only Windows is still needed, and there is no alternative. But on Linux, the virtualization system is installed and configured without any problems. I use Oracle VM VirtualBox – convenient, everything is in Russian, it is also easy to configure and understand. And since Linux is less demanding on computer resources, under Linux on a modern computer a couple of virtual machines running Windows XP work quietly. The day has come when all the settings, installing programs, mastering virtual machines have completed. The computer stopped “freezing”, the blue screens of the “death” of Windows, the slowdown of the computer, and virus attacks and infections simply disappeared. Although I immediately warn you that in Linux you need to have an antivirus program. But she is needed only in order not to infect her brothers running Windows.

Now I have to deal only with the maintenance of my computer – clean it from dust and dirt, replace thermal grease if the processor overheats. I updated the system a couple of times to a newer version of Linux Mint. I am currently working on Linux Mint 13 Maya. 4 years have passed since the installation of Linux on the computer, and there have never been any serious problems during this time. And before, Windows reinstalled sometimes every 2 months. And also about the advantages of Linux – the system is less demanding on the resources of the machine, so you can give a second life to your outdated computer. Well, and even more so in the office – after all, they are in no hurry to update computer equipment, and employees work on old and slow computers. This is where Linux helps. In conclusion, I want to say – Linux is not as scary as they say, it is very easy to switch to it from Windows, you do not need to be a programmer or system administrator. It is enough just to know how to work on a computer a little. Well, for beginners it will be even easier – what’s the difference, to study Windows or Linux, because you still have to learn.