How did I master the Internet? The story of the monkey and glasses … 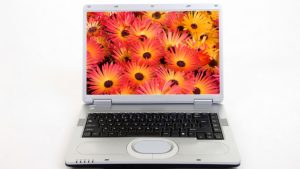 In our century, the century of new technologies and a mass of information, sooner or later we all become interested in the Internet. So am I. Hands were scratched, I wanted to “get to know” him. And now the connection is configured! Cheers cheers!

“I go in” for the first time on the Internet and, like the sheep that stared at the gate, I look at all these icons, letters, numbers. Oh la la, why not! And what is it eaten with? Which button to press? Moreover, I master it myself, without courses. Oh! Send push-buttons! I’ll go there, and look here! From these pushers, such a mess in my head formed, well, a clean assortment. A few days later the assorted resolved. I took up the textbooks. Well, just like a first grader, I studied page by page and immediately into the computer, to practice.

Where do we go right away? Of course on Mail! Such inspiration was from creating my page, it’s only a pity that you won’t set up the background, otherwise you would play with the background! And there are so many things – and photos, and applications, and games! And it began – one toy, then another, then one application, then another, a bunch of communities. But what about without pictures? The world needs to know me! On this occasion, a digital camera was quickly purchased. Earlier, in the era of black and white photographs, I was engaged in this business, and not without pleasure. And now – yes, with a computer, yes with a camera! .. I shot everything in a row. Could not step without her. Well, what about? For the story you need to capture! And faster, faster put on your page! Joining all kinds of communities! Oh, ah, about the materials on display! Downloading a lot of various schemes. Life is not enough to do all this – to knit, embroider, but still “hamsters.” Then it became boring in the communities. Look at other people’s pictures, click on the “liked” buttons, insert a couple of words about the material you saw and download, download … So many things have pumped up that my mother is not sorry! And then the OS flew, and with it all my “accumulations”. At first I was really upset. Well then! Such “work”, so many things, “laughed”! I got the computer in its purest form, but the desire to save has already disappeared. One stage has been completed. The next step in the development of the Internet were toys. Which just did not try! What only farm did not build and in what quantity! How many browsed browser games! Tired, I went on. And then – where is it? At Odnoklassniki. So what? Well, classmates were found, some of the relatives. Well, they corresponded. What should one talk about if they have lived apart from each other almost all their lives? And there it is the same – toys, other people’s statuses. Invitations to toys and applications are streaming from all sides. Well uninteresting! It’s not interesting to click “Class!”, It is not interesting to invite someone in games endlessly. It is not interesting to waste time. It was just a moment when I needed to think and decide why I need the Internet. In the process of reflection, I came to the conclusion that it would not hurt me to earn some money. Having been engaged in knitting and embroidery for many years, I suddenly realized that I did not want to knit on anyone else, I did not want to stand in the cold with my “knitters”, trying to sell. In our small town, the demand for such products is not very large. So why does my lordship need this? But do I turn to another track? And so, having “shouldered” my backpack, having thrown my pens and notebooks there, I turned onto another path – the training path. Oh, fun lesson! Information – the sea, one might say, the ocean – large, boundless. And I am alone in this ocean, on a boat without oars, rowing right away in different directions. Well, the desire to embrace the immense is bursting open! An incredible number of all kinds of mailings are pouring into the mailbox. Almost in each of them: “Buy a course, buy a course – and that’s it, you will become prosperous!”; “Play and win – here you are!” No, my dears! I do not want to play and I do not want to buy your courses, which are at least a dime a dozen on every site. Again there was a mess in my head from all these “super-tempting” offers. I had to clean the boxes, mailings. Fending off all kinds of offers is also an interesting and fruitful lesson. From these “trips” to “smart” sites in 3 months I received 2.5 million virus records, 5 hacking programs. The computer flew again and went into repair, this time lingering and heavy. After the overhaul, all the accumulated information melted away like smoke … My “hard worker” returned home as clean as a sheet of paper. The unpleasant sediment, of course, remained, but such a force majeure forced to analyze the situation and draw the appropriate conclusions. My frivolous journeys on the Internet are over. “Monkey” rejected experiments with glasses and did what she liked. She created blogs, started writing articles. My blogs live, which is very pleasing. And the special pleasure is the addition of new material to them. No money has been earned yet. But progress is evident. The movement forward is still felt. And so the soul is good! And such pride bursts! From each new article, from each visitor to blogs. From the fact that someone liked my stuff! Victory, though small, is victory anyway!

Home mini server? Easy and convenientMany people associate with the word "server" with a large expensive computer installed in a separate room, and with the constantly gloomy system administrator on duty near this farm Far…