What to choose – Nvidia or Radeon? Video cards 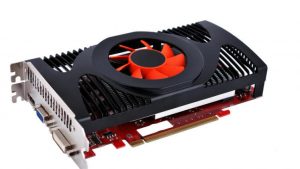 When buying a computer, the question of choosing a video card is acute. And everyone asks: which is better – ATI or Nvidia? I experienced in my own skin all the “charms” of seeing both brands, and I will tell you my very personal opinion about it.
Nvidia Pros.
The advantage is that Nvidia always optimizes its drivers for games. That is, these cards show fewer different glitches and bugs in gaming applications. But less does not mean that they are not! For those who are going to carry out mathematical calculations on their computers, CUDA technology is useful. But most users buy a card to play, rather than calculate any algorithms.

Hardware acceleration of ray tracing, due to which it processes up to 10 billion rays per second, which is 10 times higher than the capabilities of video cards of previous generations. This allows ray tracing in real time, creating objects and environments with physically accurate shadows, reflections, refractions and lighting

Artificial intelligence is the driving force behind the greatest technological advances in history, and thanks to the Turing architecture, AI capabilities are available in computer graphics. Performance over 100 Teraflops in AI operations to significantly improve performance in games with NVIDIA DLSS.

Previously, the undoubted advantage of Nvidia graphics cards was the presence of the physical engine Nvidia PhysX, but now they practically don’t release games with it, and few people want to play “old stuff”. Another advantage at that time was support for Nvidia 3D Vision. Here, in my opinion, are all the advantages of these video cards. Now about the shortcomings. Minuses. The first and perhaps the most decisive minus is the price. In the segment of competing products, for example. When I chose between the Nvidia GTX 470 and the ATI Radeon 5850, Nvidia cost almost 17 thousand rubles, and Radeon – only 10 700. And this is almost at the same performance! But at that time, ATI video cards did not support 3D, and those who wanted to play in a more interesting mode had to take the GTX 470 perforce. Now the situation has changed, and if, for example, I chose between ATI Radeon 6970 and Nvidia GTX 580 definitely stopped at the first. The second, no less depressing minus is the temperature. My GTX 470 in demanding games warmed up to 97 degrees! Just think! Such a stove will spoil the temperature regime of any computer. Because of it, the processor and motherboard were very hot. Of course, this did not affect the performance, but the acceleration was very much affected. And it also influenced the “longevity” in the summer season. The card was “baked” in the month of August and could not be restored. Sadly, isn’t it? Then I bought a Sapphire Radeon HD5850, which in the summer in the most difficult synthetic tests did not warm up even to 90 degrees. In games, as a rule, her temperature was no higher than 62 degrees. She lives with me to this day, for a year and two months. Radeon Pros. These cards have a lower price with equal, and often greater performance. Personally, I liked the picture quality on Radeon cards more than on Nvidia. Radeon has more realistic and soft colors, but this is just my opinion. Lower temperature relative to competitor. The power consumption of Radeon cards is generally lower than that of Nvidia cards. The reference design cards have a power management function that will attract overclockers. You can play and watch movies on six monitors at once, combining them into one huge one. Minuses. One of the main disadvantages is the work of the video card with shadows. In many games, the shadows are terrible. They are angular and lose their clarity literally two meters from where you are. When I saw this, I was horrified.

Curves in the driver board. Often it takes a long time to wait for patches for a game, so that it finally starts without bugs, or delve into the driver settings to play at least somehow. This is all very tiring and even enrages. That seems to be all. For myself, I chose Radeon. For me, its disadvantages are not critical, although sometimes they tire. But the minuses of Nvidia seem unacceptable. Although this situation may change with the release of new Nvidia products. However, this is just a personal opinion based on personal experience, and I do not urge anyone to listen to it. Moreover, the dispute in the style of “Nvidia or Radeon” will go on until one of the companies ceases to exist.

3D computerWhat are 3D models? A 3D model is a virtual layout of an object. Three-dimensional models are different: For computer games. Interior Design. Architectural layout. For 3D printer. Layout of…